This is a recipe that I have tweaked over the past few hot summers in NC as a way to deliver high doses of salt as quickly as possible. Your body can’t use just plain water because the pH isn’t right. The normal solution to this is to drink water with salt in it, but that tastes nasty (a human survival reaction) so we have to cover up the flavor of the salt with sugar, which is Gatorade. I try to avoid sugar and even artificial sweeteners where I can, so I wanted a different way to get the salt, and then just wash it down with plain water.

I’ll admit, the recipe as written takes a little getting used to. I can tell I got a really salty batch when I eat a piece and it almost-not-quite feels like it burns my tongue. A few pieces like that are enough to let your body absorb a liter of water, in my experience.

For the salt in the recipe, I use a mix of regular table salt (sodium chloride) and “NuSalt” or “Salt Substitute” (potassium chloride). This isn’t because I’m trying to “watch my sodium,” but just because potassium plays a different role in the body’s electrochemistry, so it’s important to replenish it too. For example, the WHO recommends including a mix of potassium chloride and sodium chloride in their recipe for Oral Rehydration Salts. It’s not expensive, and I it helps give your body more than just sodium alone.

As for what meat to use, almost anything can work. As a rule of thumb, the more fat in the meat, the shorter the shelf life, but the amount of salt used in this recipe helps with that somewhat. Marbled in fat keeps pretty well, but any distinct chunks of fat will have to be trimmed and thrown away when you cut the meat. Most of the time, I just cruise by the butcher’s counter and look for whatever’s on sale because it’s close to the sell by date. I really mean it that pretty much any cut of beef can work.

The amounts listed here are per 1lb of steak you’re using. The third ingredient is up to you, but it’s a chance to add a little flavor to your own taste. Onion powder, black pepper, and cajun spice all work nicely. Use your imagination.

When you mix it up, this will seem like a lot of salt to go on not very much meat. You may think I meant to say “teaspoon” instead of “tablespoon.” I promise you, I didn’t. By the time the meat soaks it all up and gets dehydrated, it’ll be just right.

I just keep mine in a ziploc bag in my range bag, and always try to make sure I don’t touch the jerky itself when I’m eating it on the range. It may be dry, but I do everything I can to avoid unnecessary lead exposure. 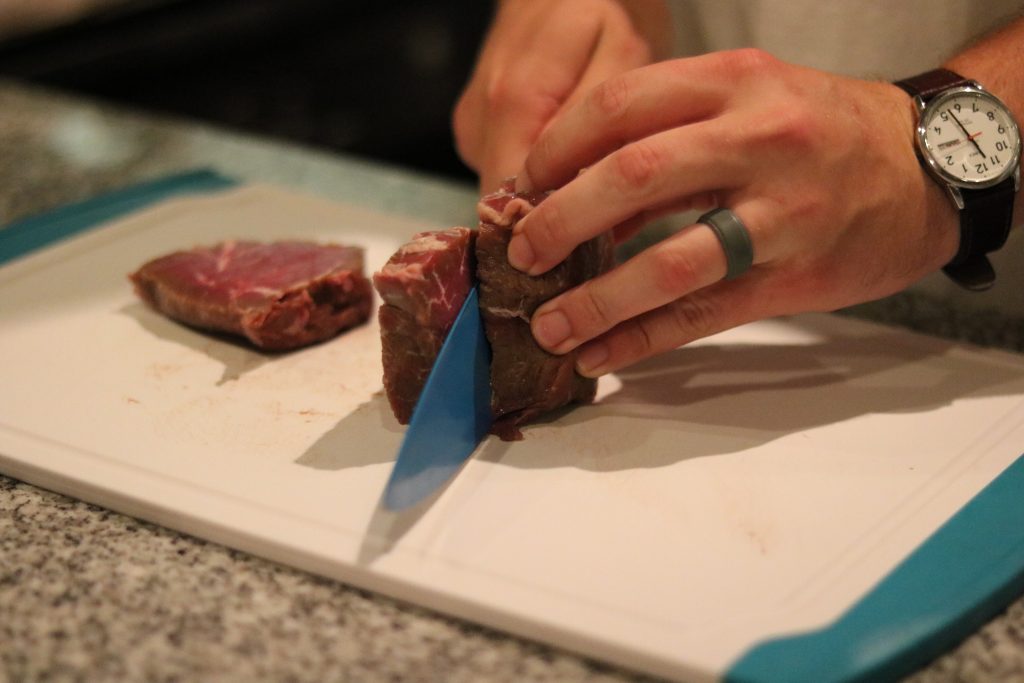 Cutting this piece of sirloin into slices. 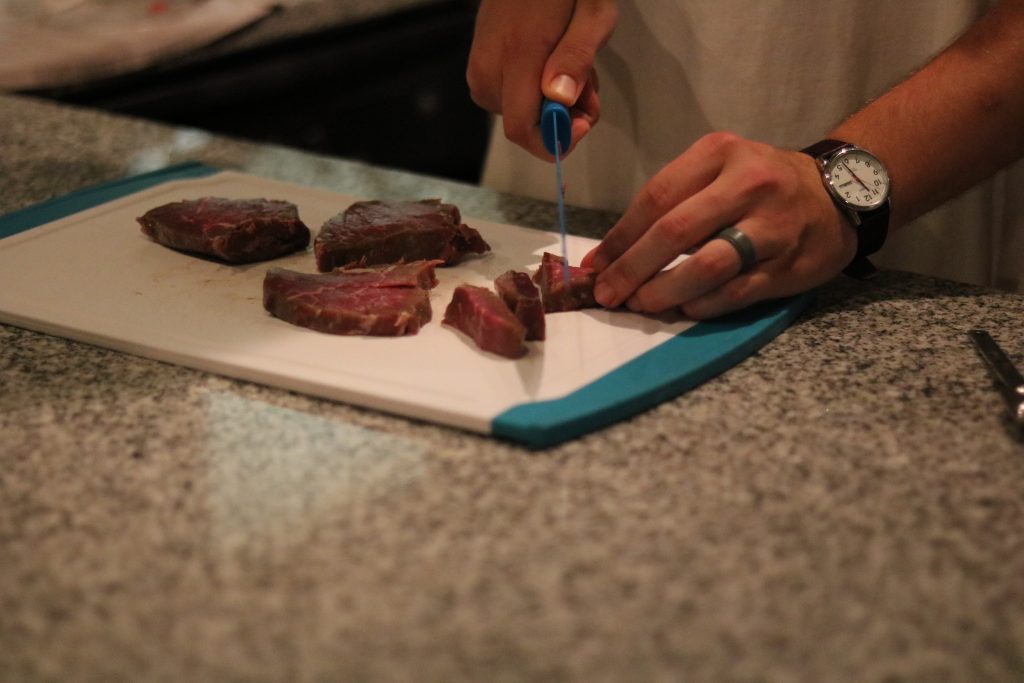 Cutting in to strips 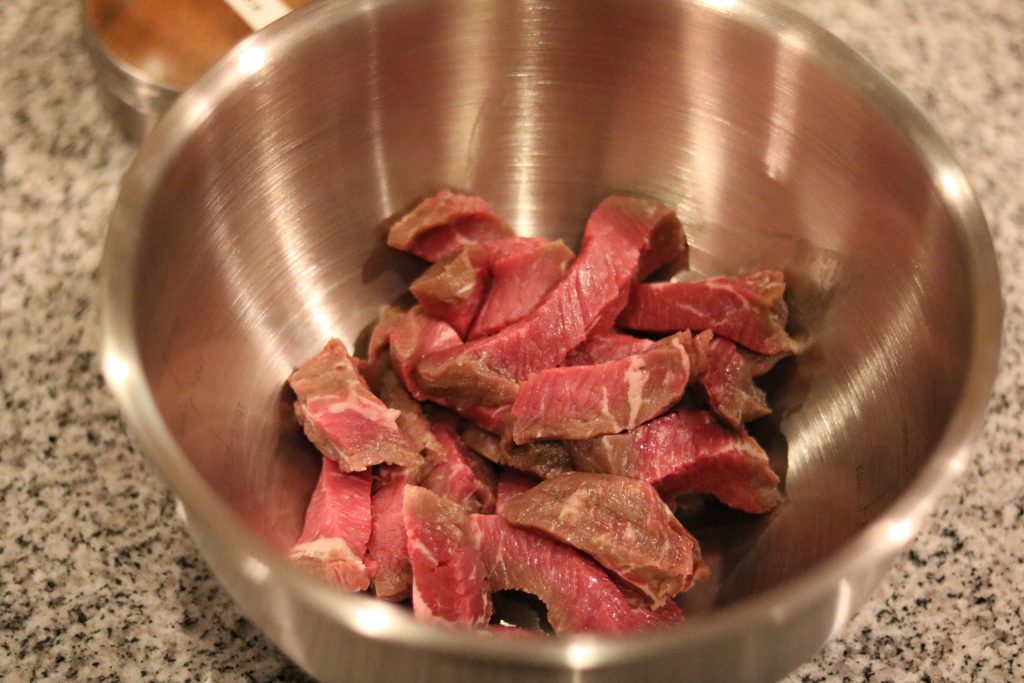 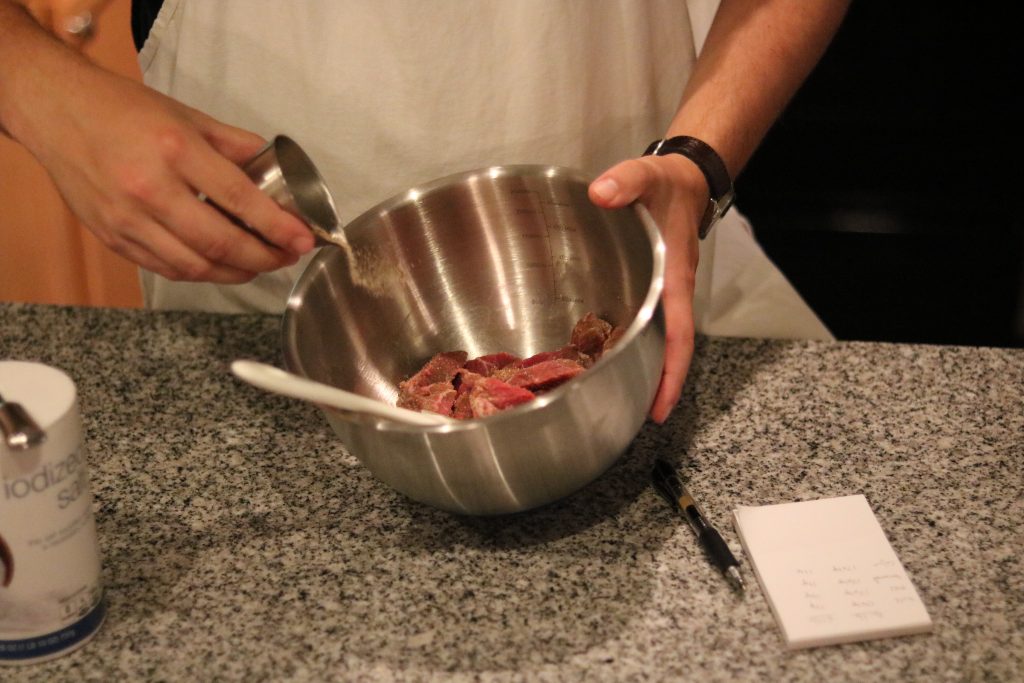 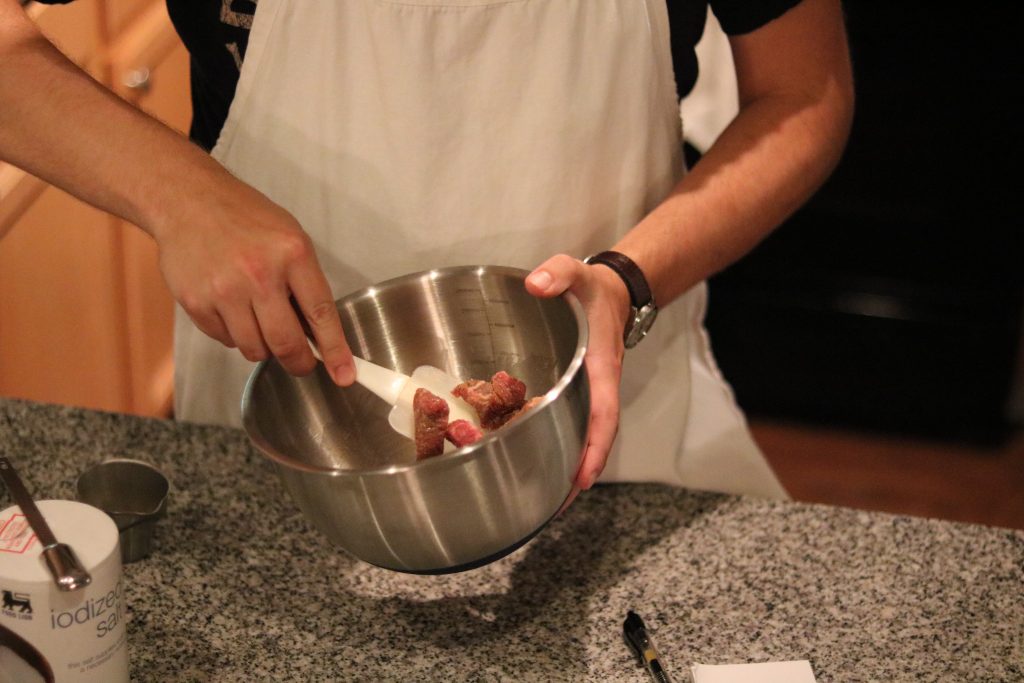 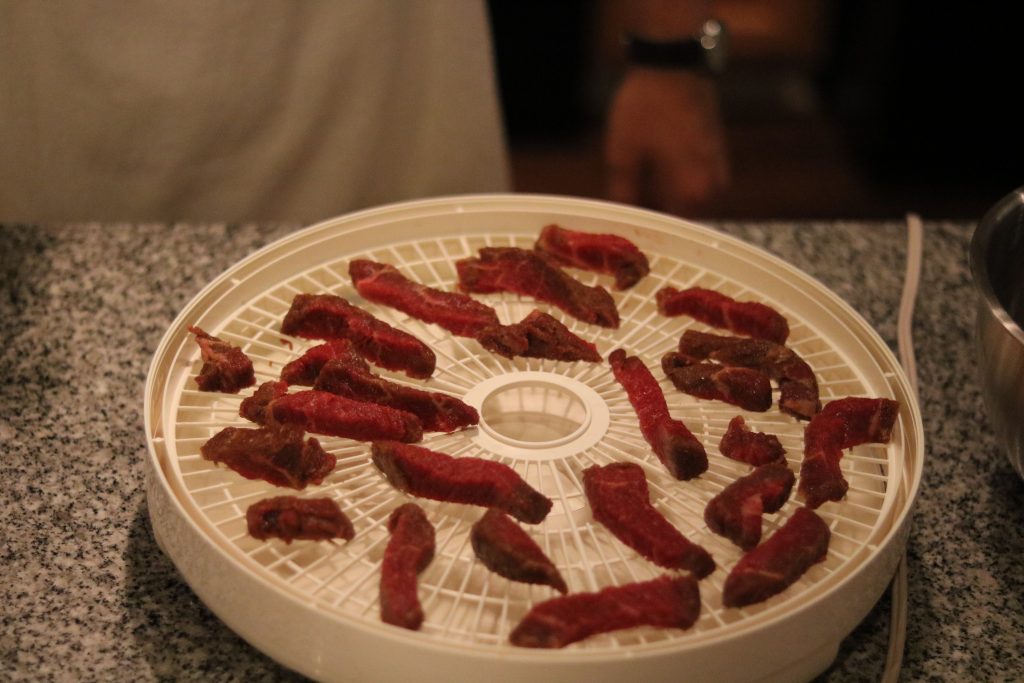 Laid out to dehydrate.