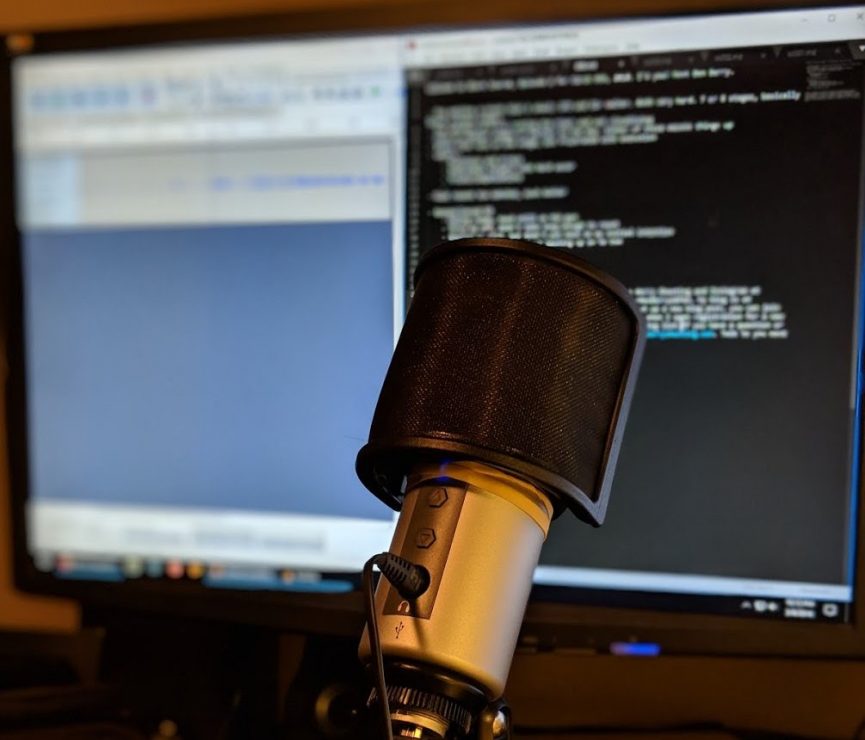 The story of the Short Course podcast, which I launched in January of 2018 actually goes back to 2013, when my friend Luke was launching a podcast to go along with his Triangle Tactical blog. Then, like now, I could always find something shooting related to talk about, and I ended up joining a few episodes and then becoming a co-host of that show. For two and a half years, Luke and I, every week, would spend 4-6 hours prepping and recording the roughly hour-long episodes.

All good things end, and so eventually I couldn’t dedicate that much time to the show, which was ultimately his baby anyway, and I moved on. But I never lost the itch to podcast. And in the back of my mind, I always wondered if I could do a solo podcast. Basically just my half of a Triangle Tactical podcast, 20-25 minutes, once a week. (One of the things I found satisfying about the deadline to produce an episode of TT every week is that we would decide to run with show topics we weren’t perfectly happy with, which turned out to be great episodes. That creative pressure was interesting.)

Eventually, in late 2017, I decided it was time to try. I recorded 5 episodes of Short Course, tested the feeds, and launched the show. And from March 2018 to the end of November, I did it. 44 consecutive episodes.

Coming into 2019, I tried to do it again. But the passion was gone. I’d proven what I had to prove, and so the motivation wasn’t there any more. I lasted until the end of May and took a break. Since then, I’ve posted an episode every few months, usually when I’ve just shot a big match. But as with any inertia, whether it’s podcasting or dry fire or exercising, when you get out of the routine, getting back into it gets that much harder.

In retrospect, I’m proud of that year of consistently making the podcasts. It wasn’t always fun, and often was a grind to get the episode planned, recorded, edited, and uploaded on a Thursday night, to be ready to post Friday and listen over the weekend. But like the original run on Triangle Tactical, I’m proud of having done it.

Looking back, my main regret is how hard that content is to access now. I’ve realized my thoughts on a lot of topics don’t change all that much year to year, and having those thoughts locked up in relatively hard-to-access audio form makes them difficult to refer back to. For example, I see back in 2018 I did an episode called “How I Would Do Nationals” that probably mirrors almost exactly a post I’m planning to write, because I think the same points are still true today. (Rather than listening to that episode, I’ll refer to my written show notes I used when recording to see what points I made.)

I think that my views on practical shooting are mostly cumulative. So rather than releasing a podcast every week that repeats things over and over, I’m shifting to more blog posts. Write things up when I have something to say, and link the posts to each other, so they can stand as a resource for anyone interested in digging deeper into any given topic. To use old media analogies, this chapter of the experiment will be more like writing a book than recording a radio show.

I know that podcasts are a great way to reach people, but I’m willing to give that up. To be honest, podcasts are surprisingly time-consuming, even to fix small errors or make small corrections. I haven’t done much video production, but I imagine it’s that times ten. On the other hand, a written blog post is just an edit button away from being revised or clarified. In terms of providing up-to-date, searchable information, it’s still hard to beat text.

I hope you’ll subscribe via RSS or sign up in the sidebar to be emailed when a new post goes up, or just bookmark the site and check it periodically.