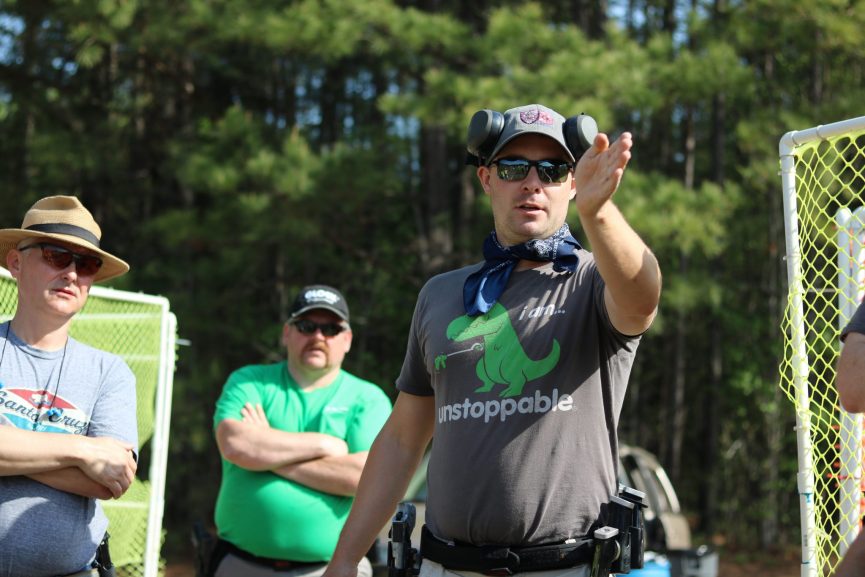 One of the things that I’ve been thinking about since making GM is the past, or particularly, my past.

But I don’t carry any scars from years of only shooting IDPA. (Of course, if I still tried to actively compete in both games, switching rules and targets and gear and guns often, that would have an ongoing negative effect, but that’s a different topic.)

But who I am today and how I shoot today is the result of far, far less than the last 8 years of shooting. This is why I always hesitate when someone asks me how long I’ve been shooting for. Looking back on them, I would spend entire years back then to make as much of a difference in my shooting as I do in a month now. It’s ridiculous on its face to think that if I were starting all over again, knowing what I know now but not having any of the gear or myelin, that it would take eight years to get to GM.

What’s amazing is that nothing about this sport leaves you stuck anywhere that you don’t choose to stay stuck. If you keep shooting Limited with your .40 Glock with SJC frame weight and brass magwell because you’re invested in the gear and your wife would kill you if you switched, that’s your problem. If you switch to another division and give it six months or a year, your excuses vanish.
Anything you want to change, you can change, with not that much of an investment of time.

It’ll be uncomfortable for a while because change is hard and honestly analyzing your shortcomings is harder. But if you really look at what you’re doing and how you can improve it, you can go from C-class to GM in a few years (it took me four years and I went the scenic route!). No training scars or muscle memory except what’s in your head will stop you.

It doesn’t matter if your first gun was a Hi Point or an Infinity. All that matters is the gun you’re shooting today and whether it does the job you need it to do.

It doesn’t matter how you were taught to grip the gun the first time you held one. All that matters is being willing to change that grip if it’s not working anymore and ruthlessly chase improvements without ego.

It’s very easy to get stuck in ruts. Most of us have a certain reputation as The Guy Who Always Does X or someone who vocally praises their particular gun. But if you’re willing to set that aside and figure out the things that you have to do to get where you want to be in a year and then start doing them today, none of the past matters.