At a match last weekend, while our squad was shooting the classifier, a friend who practices a lot but only gets to shoot one match a month asked me: “How do you guys reload like that? I try and practice reloads, and mine are never that smooth.” and then he mimed fumbling a reload as I started to consider what he was asking. “What do you do?” he asked. “Just more reps?” Now, I don’t know what other guys do, just what’s worked for me. But here’s what I told him: More reps won’t fix doing the wrong thing. All … END_OF_DOCUMENT_TOKEN_TO_BE_REPLACED 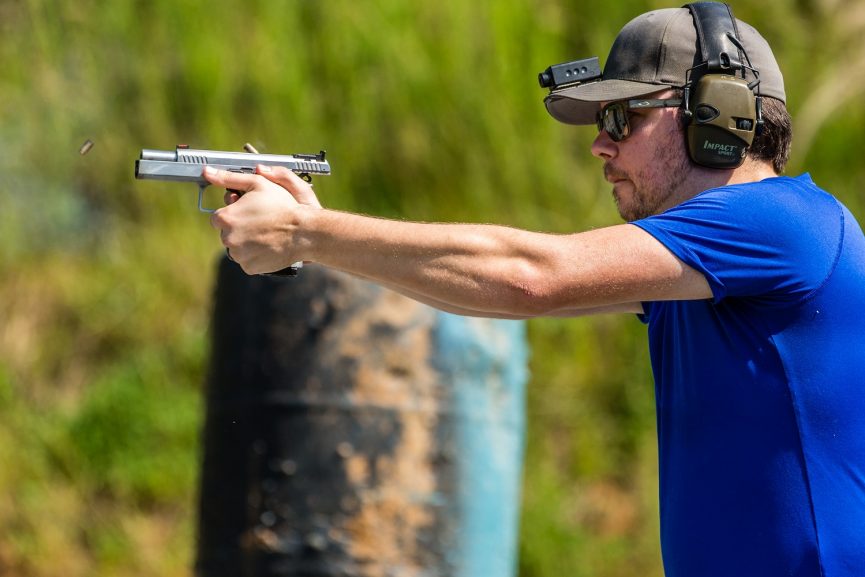 This summer, one of the changes I’m making to my practice is to live fire at least one evening a week. Last year, I would live fire every weekend I wasn’t shooting a match, which was two practice sessions most months. This new schedule gives me four a month, with as many as six if I go on the weekends. This is much more in line with the typical practice schedule for someone who wants to be competitive at the GM level. The First Practice Last Friday, June 22nd, was the second week of this new routine. It had been … END_OF_DOCUMENT_TOKEN_TO_BE_REPLACED

Another example of why you have to look for patterns in your practice and not just score the targets, from my practice this past weekend: Technically this run on Ben Stoeger’s Practical Accuracy was all 6 hits, none even really cutting it close. And the time was fast. A few hundredths faster than the runs before it. But it was also sloppy and bad technique. I felt myself pulling the trigger with my whole hand, and so it’s no coincidence that 4 of the 6 shots clustered low left. So for the next rep, I focused on gripping the gun … END_OF_DOCUMENT_TOKEN_TO_BE_REPLACED

This week on the podcast, I talk about the ways that ego can get in the way of developing yourself as a shooter. 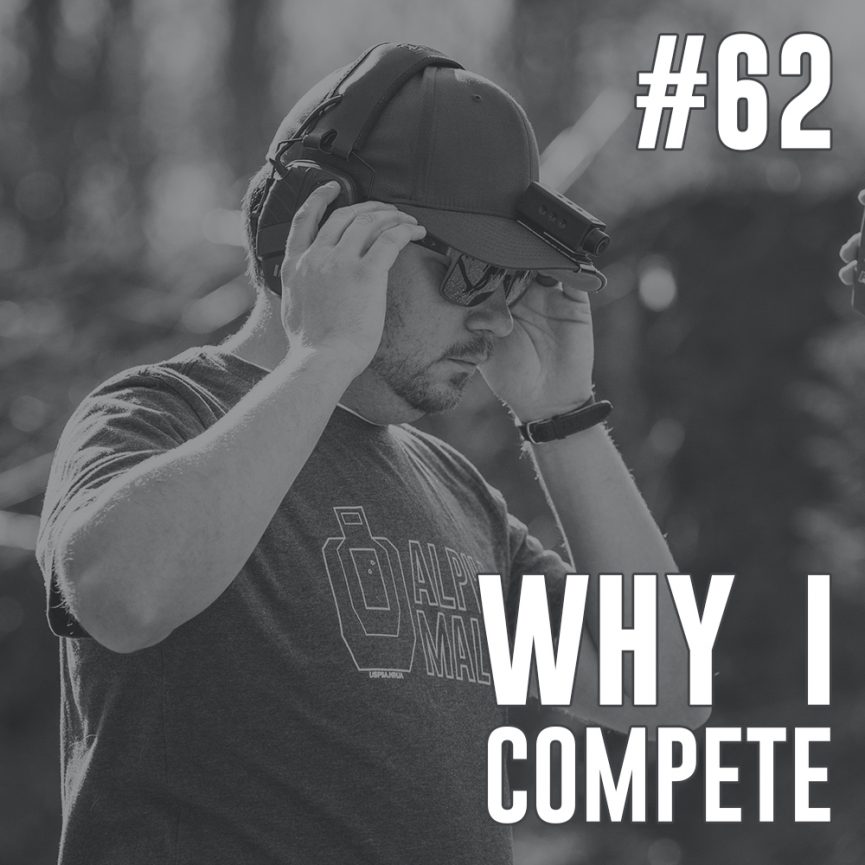 This week on the podcast, I talk about what keeps me in the sport and the lessons that have transferred from competition over in to my life off the range. 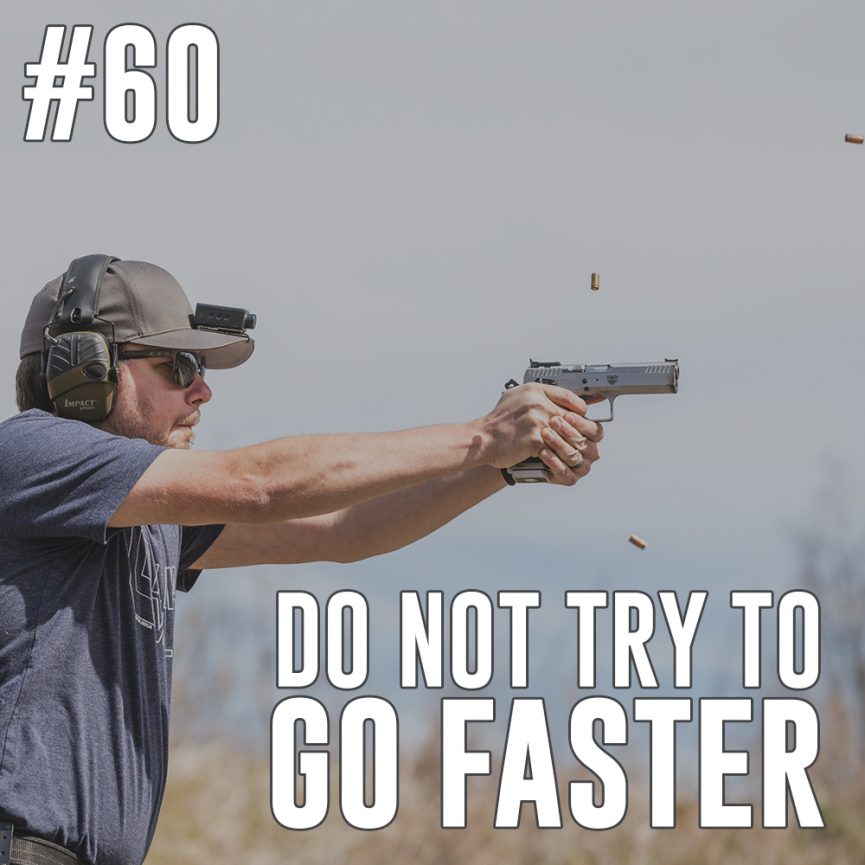 This week, I talk about my experience with making speed gains, and why they usually don’t come just by trying hard or trying to go faster.

During my practice session at the range on Saturday, I shot a lot of dots, all at 7 yards. I’m still working out these changes to my grip and trigger pull, but I can feel the progress, I just have to make it repeatable. But in the targets I shot, I saw an interesting example of the value of reading the pattern in the targets, not just scoring them. (Also a major theme of Ben Stoeger’s “Breakthrough Marksmanship” book.) Here are the first and last sheets I shot of the day: The first sheet is all over the place. You … END_OF_DOCUMENT_TOKEN_TO_BE_REPLACED 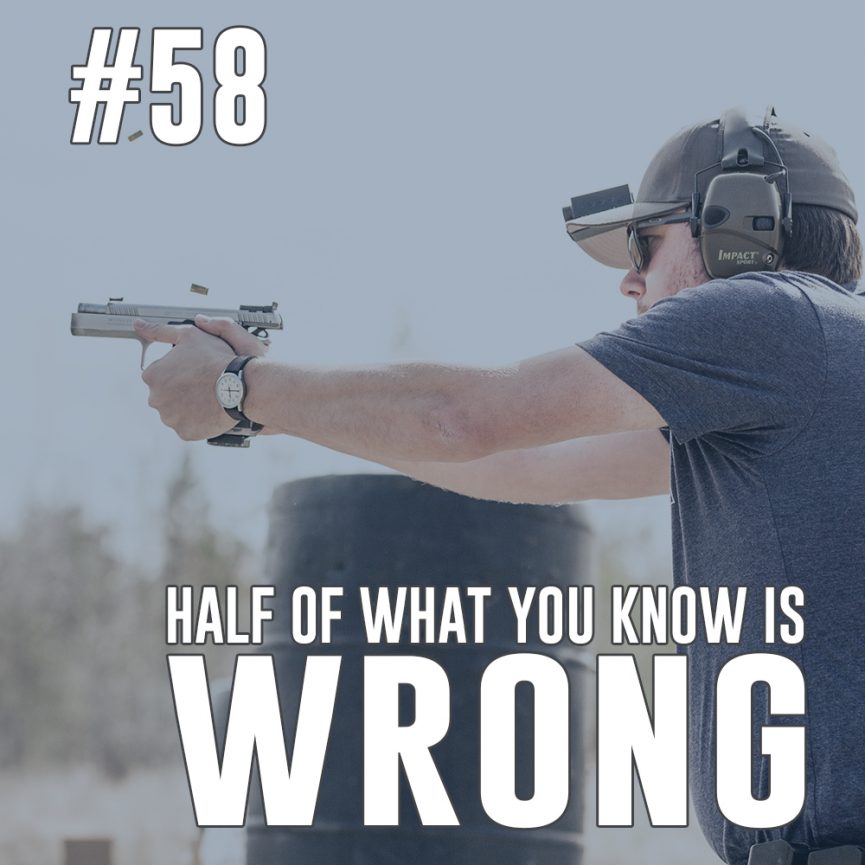 This week on the podcast, I talk about having breakthroughs when you realize that something you took for granted turned out to be wrong, or at least only true in some contexts. I post videos from my matches at youtube.com/BenBerryUSPSA. If you’d like to support the podcast, consider buying a shirt at berryshooting.com/shop . 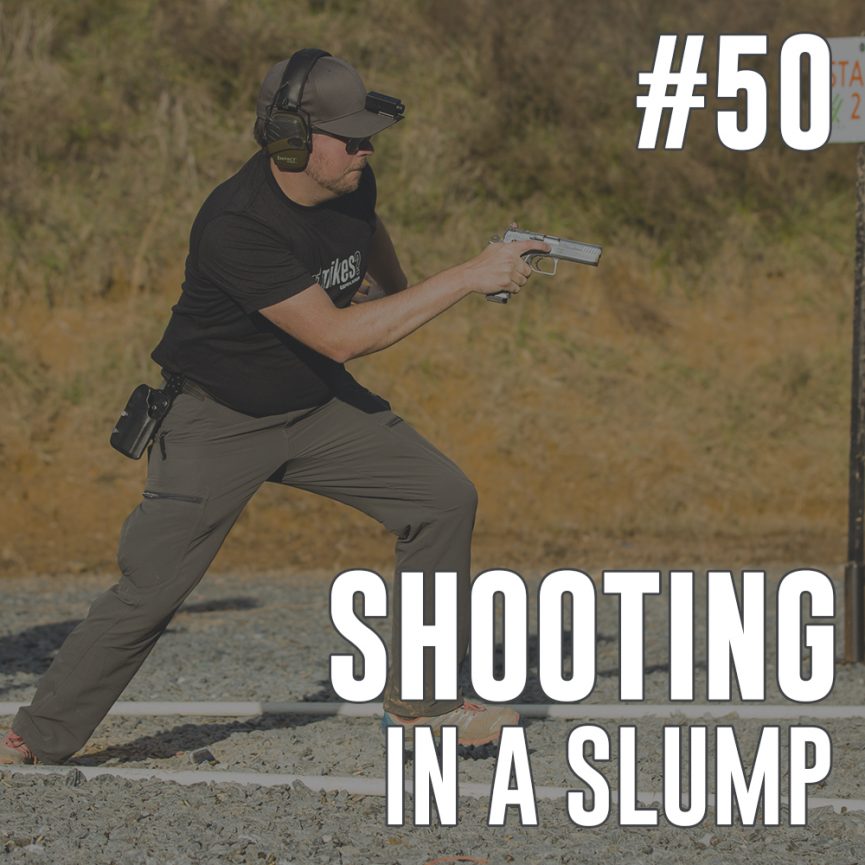 This week on the podcast, I talk through the problems I’ve been having trying to get this year of shooting started and speculate about the underlying causes.

This week on the podcast, I talk through some of the lessons I took away from 2018. I talk about what I learned about gun grips and gripping the gun, the value of go fast gun parts and paster guns, and some changes to my mindset for practice. 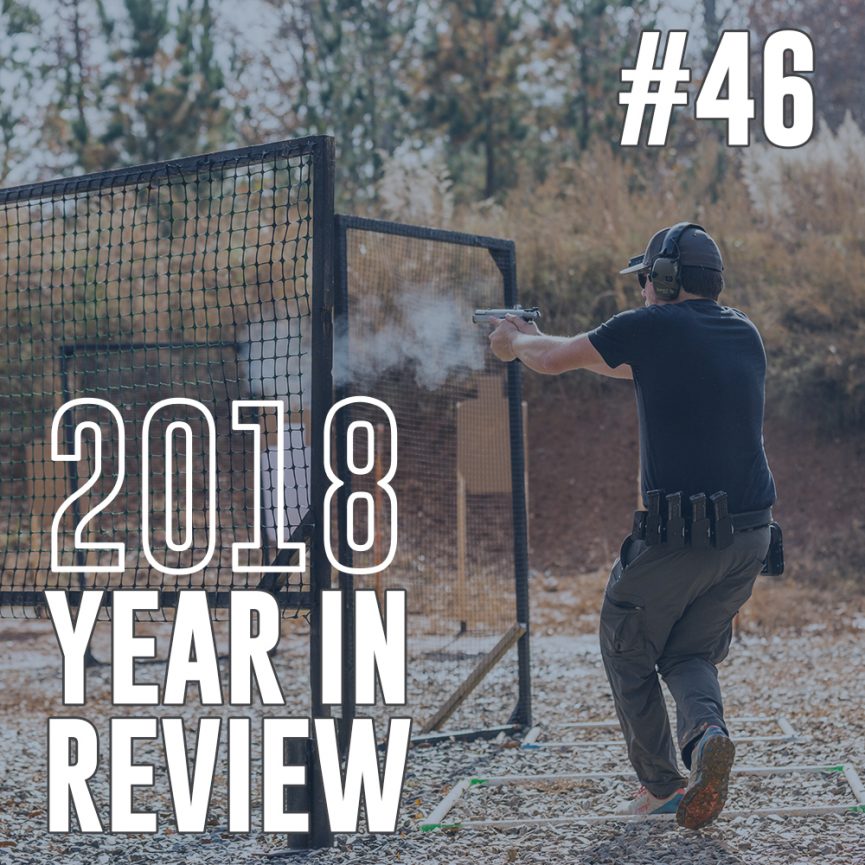 This week on the podcast, I talk through how the 2018 competition season went for me. I talk through the matches shot, practice sessions, and rounds fired. I go through the four major matches I shot, including my DQ at IPSC Nationals, and draw some lessons going in to 2019. 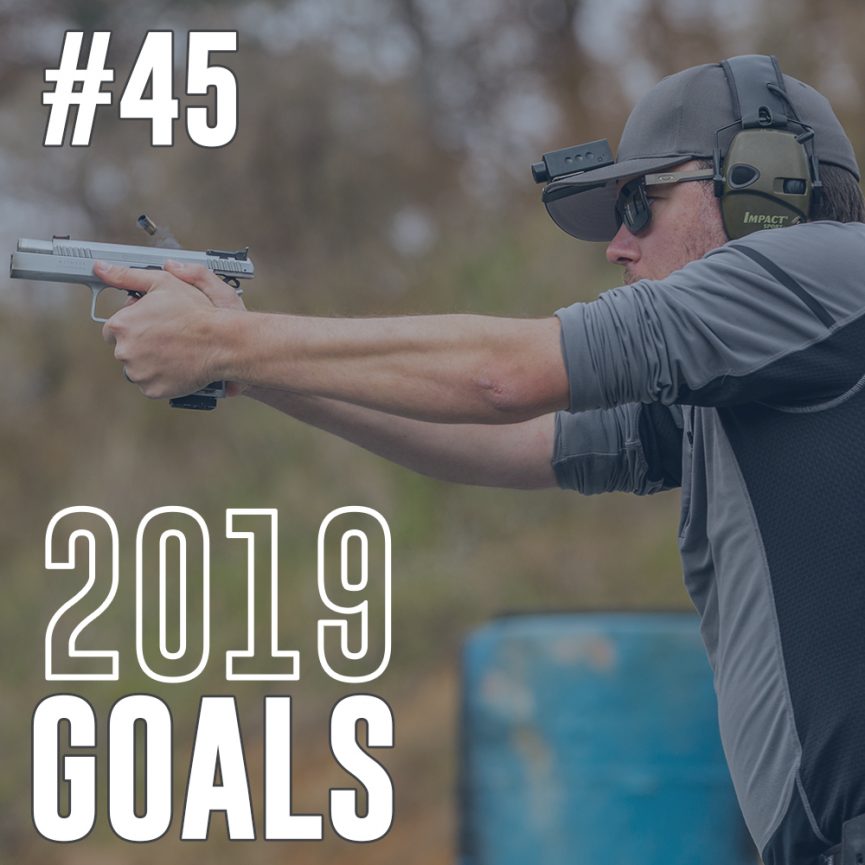 This week on the podcast, I talk about what I’ve learned about setting goals in the last year, and discuss my own plans and goals for 2019.

This week on the podcast, I start out by talking about cancelling the NC Section due to Hurricane Florence, which I maintain to be the right decision. I then mention that my wife and I will be on the September 24th episode of the Dave Ramsey show doing our Debt Free Scream. For the main topic, I discuss the idea of setting up your practice around your goals, not your current situation in order to make sure you don’t get stuck on the plateau you’re currently on and keep your focus on moving to the next level. After that, I … END_OF_DOCUMENT_TOKEN_TO_BE_REPLACED 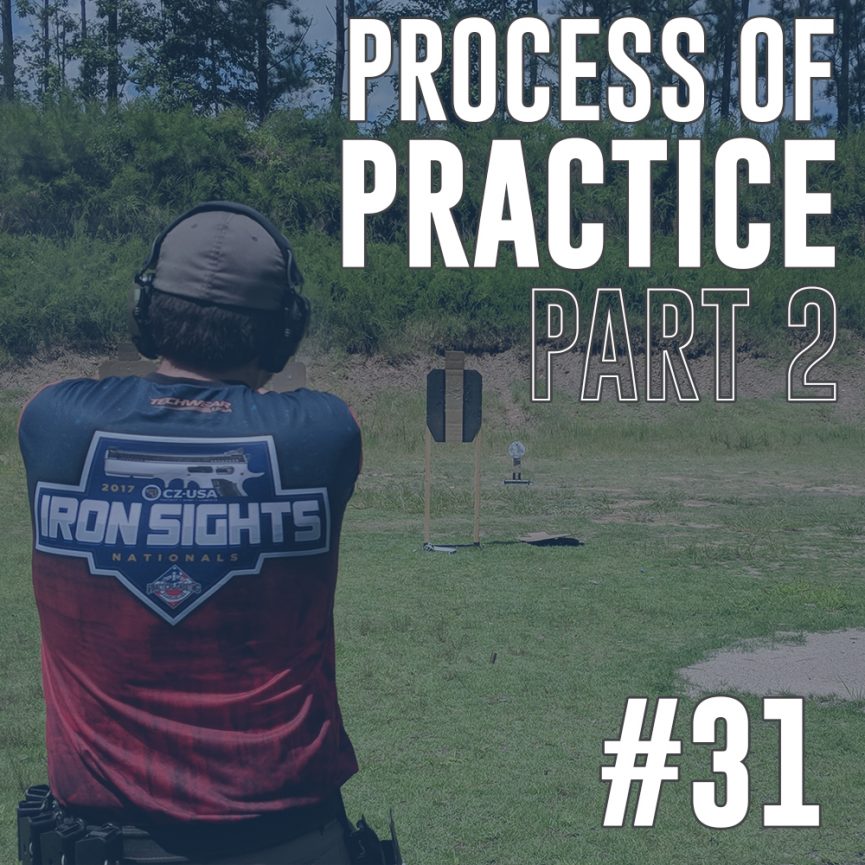 On this episode, I follow up on Episode 27 and continue my discussion of live fire and dry fire practice. I talk about having a plan for practice but being willing to improvise, why you should do fewer things in practice, and how expectations and complexity can make a practice session unproductive and frustrating.

This week on the podcast, I answer a couple listener questions. The first about stage planning with 10 rounds, and the second about how long to expect to see changes from practice. I also talk about the idea that “the procedure is not the drill” and how to apply it to your practice. 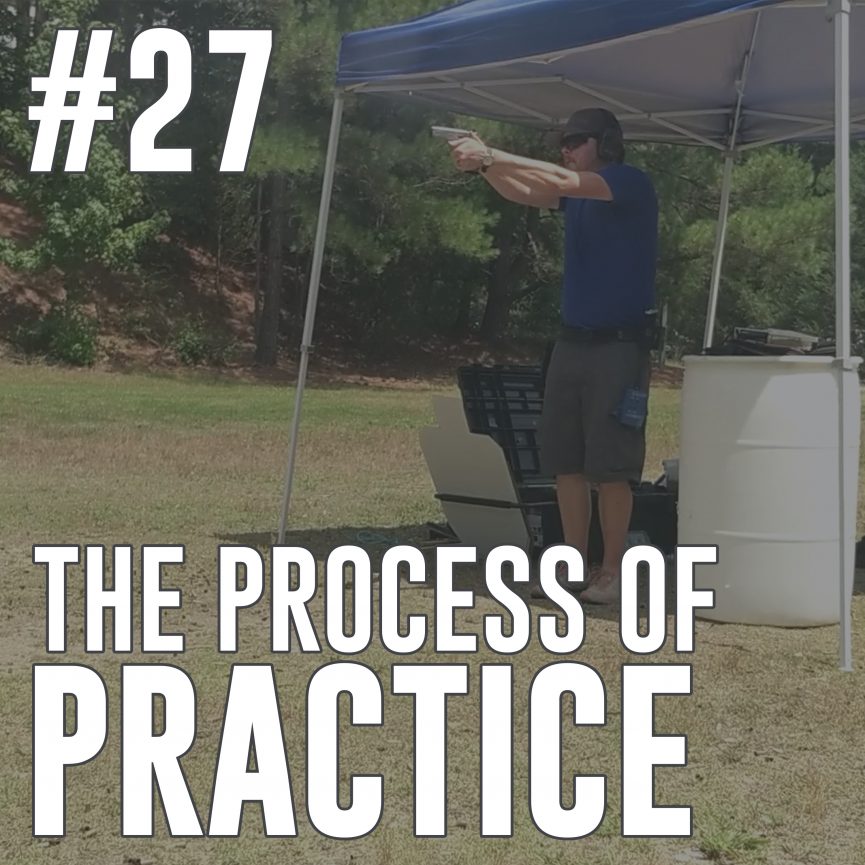 This week on the podcast, I talk about how my practice has been going recently, changes I’ve been making, and how I’m planning the rest of the season, culminating in Nationals.

This week on the podcast, I talk about dry fire, including how my dry fire space is set up, how I handle drills with reloads, and using different types of scaled targets. 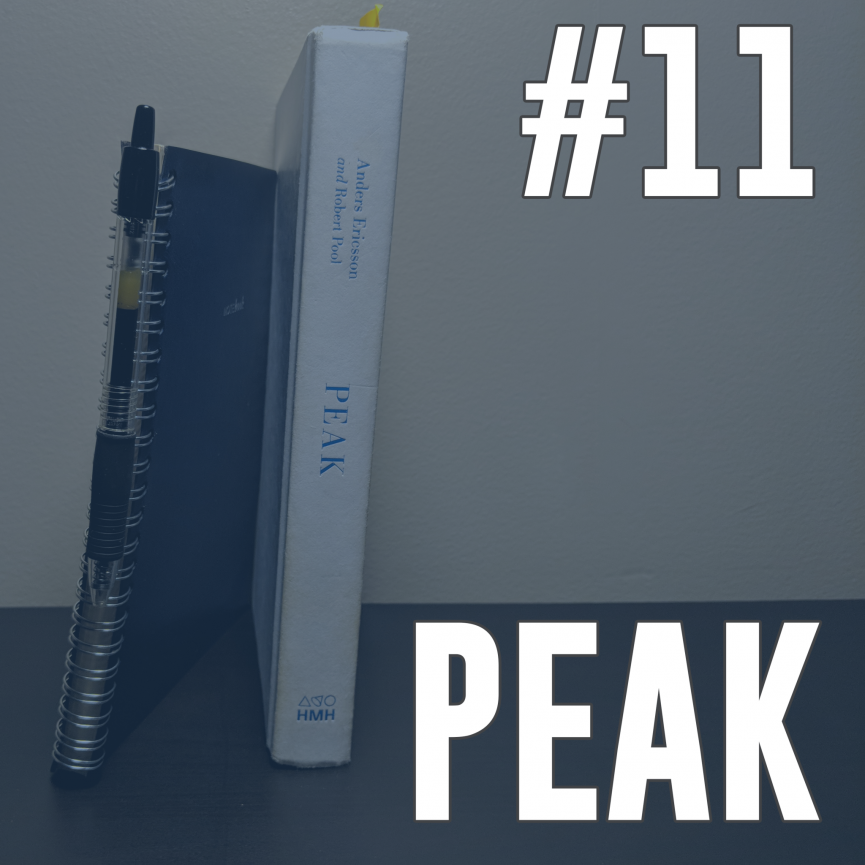 This week on the podcast, I talk about the book Peak by Anders Ericsson and Robert Pool. I talk through some of the lessons learned from decades studying the science of expertise, including the 10,000 Hour Rule, and how to apply some of the ideas to practical shooting. You can see this book and a list of other books that I’ve found helpful on my reading list.

This week on Short Course, I talk about a new USPSA podcast that just started called the Shoot Fast Podcast. I cover some ideas that the hosts gave me about improving my own practice and a few things I discovered on my own during my recent practice session. If you want to get future episodes automatically, subscribe to the podcast feed.

I’ve been thinking a lot recently about the concept of the initiative. The initiative is the idea that, in a two-sided conflict, it is better to be the one acting first and forcing your opponent to react. You set the tone, you drive the tempo, you set the priorities. This lets you choose things advantageous to you while your opponent has to react to limit the damage to them of your choices. In chess, each player makes one move at a time. You move, he moves, you move, he moves. If you are spending every one of your turns reacting … END_OF_DOCUMENT_TOKEN_TO_BE_REPLACED